Applications for 2022 have closed.
Stay tuned for more information
about joining us in 2023!

Calling seasoned artists of all walks of life! This brand new part-time, 5-month program is tailored to the ambitious artist, actor and educator eager to broaden their network and their creative mind. 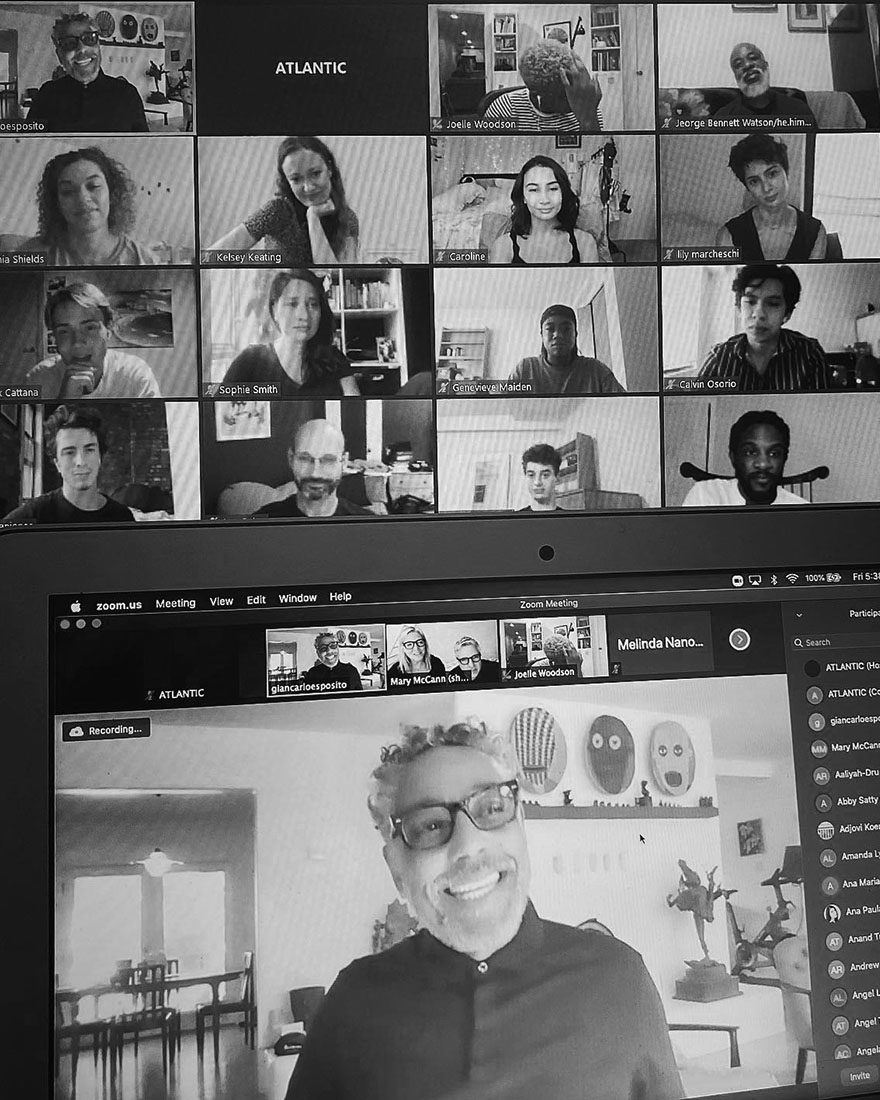 Rooted in multicultural perspectives on performance methodology, this remote program draws from Atlantic Acting School and Atlantic Theater Company’s broad and diverse pool of working artists – from NY to LA, Argentina, Australia, London, and beyond! Over the course of three concentrated six-week trimesters, students will develop three distinct portfolio pieces – a self-scripted solo project, a film project, and a collaborative group project.

“What better time than this? When our nation and our world is facing unprecedented change and shifts in perception and in the balance of power. When we need to show the world that people from such vastly different backgrounds can come together without derision, prejudice, agenda or indifference.”

“Online learning with Zoom has proven to be more intimate, more fulfilling, and more creatively exuberant and artistic than I could have ever imagined. I am eternally grateful to this virtual platform, and to Atlantic, for providing such a rich, ongoing, safe-haven in which to cultivate, express, and further hone my craft.”

“I could not have imagined something like acting technique could be taught over Zoom, but after these 5 weeks I saw such a dramatic change in my work and performance, I now know it can be.”

Applications for 2022 have closed. Stay tuned for more information about joining us in 2023!